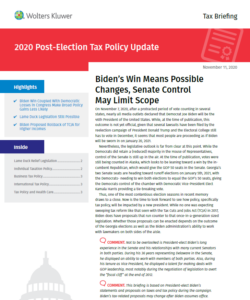 On November 7, 2020 after a protracted period of vote counting in several states, nearly all the media outlets declared that Democrat Joe Biden will be the 46th President of the United States. While, at the time of publication, this outcome is not yet official, given that several lawsuits have been filed by the reelection campaign of President Donald Trump and the Electoral College still has to vote in December, it seems that most people are proceeding as if Biden will be sworn in on January 20,2021. 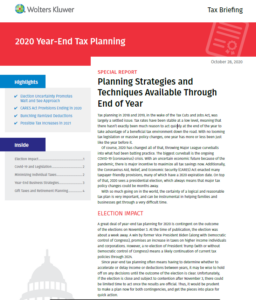 Tax planning in 2018 and 2019, in the wake of the Tax Cuts and Jobs Act, was largely a settled issue. Tax rates have been stable at a low level, meaning that there hasn’t exactly been much reason to act quickly at the end of the year to take advantage of a beneficial tax environment down the road. Of course 2020 has changed all of that, throwing Major League curveballs into what had been batting practice. 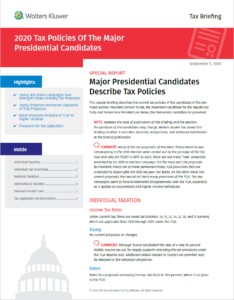 This special briefing describes the current tax policies of the candidates of the two major parties: President Donald Trump, the incumbent candidate for the Republican Party and former Vice President, Joe Biden, the Democratic candidate for president.

What is the 2019 Illinois Tax Amnesty Program?

What is an eligible tax liability?

When is the 2019 Illinois Tax Amnesty Program? 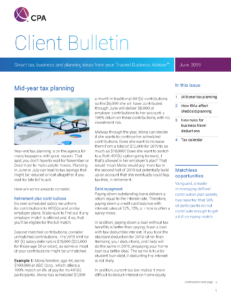 Year-end tax planning is on the agenda for many taxpayers, with good reason. That said, you don’t have to wait for November or December to make astute moves. Planning in June or July can lead to tax savings that might be reduced or lost altogether if you wait for late fall to act. 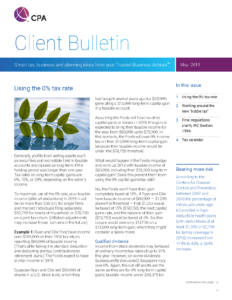 Generally, profits from selling assets such as securities and real estate held in taxable accounts are classed as long-term if the holding period was longer than one year. Tax rates on long-term capital gains are 0%, 15%, or 20%, depending on the seller’s income.